Posted by Kung Fu Dad on October 19, 2015
There is a Chinatown Library on 90 Tyler Street inside the CCBA building. You walk and it's down the hall on the first floor on your left. It IS open to the public. Most of the books are in Chinese and are donated by the Taiwanese Government. However there is a small children's book section. If you happen to live in the Chinatown area and you have a ton of children books you want to get rid of, that may be a good place to put them. This library is not part of the Boston Public Library system however and the library card system for this library is still in the process of being set up. There is some concern that once the books go out, they won't come back.
I have seen many conversations on Facebook and Twitter and on the internet and it seems that not a lot of people or even other organizations know about this library. I think a good way to draw attention to the library may be to have some events there, like children's story time or something. (I'll work on that.)
But please share this little posting and go down there and take a look for yourself when you are in Chinatown. 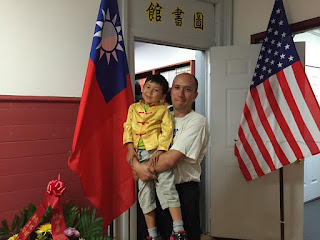 This picture was actually taken at the opening of the library.

This is a link about the CCBA. The one in Boston with the Chinatown Library is CCBA of New England. Unfortunately there is no picture. So here is one of my own. 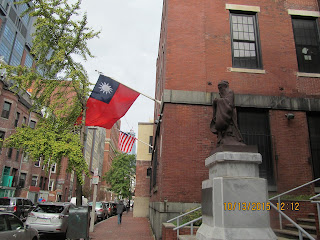 (On another note Woo Ching White Crane is also in this building on the second floor. If you go in the front on your right you will see a whole host of schools, clubs and dance groups that are housed here including an after school program.)

The truth is I was part of the lion dance for the opening of the library but I was still unsure if the library was open to the public. IT IS. I asked. There were announcements in the newspapers about it, but I think constant social media and tweeting about it is probably a better way to get the word out.

So go down and chek out the library, then tell all your friends on Facebook and Twitter about it. What's it like? What could be improved? Maybe you can bring some books you don't want anymore and donate them.

And if you are new to the neighborhood, or non-chinese, or part of the TUFTS dental school, or a "gentrifier" I am asking you a favor. Go to this library, use it, support it and donate some books. This library could be one of the links that brings the different groups that live in Chinatown together.

Update: English section. There are some kids books too. 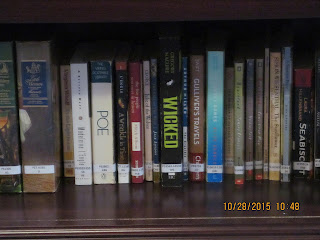 Unknown said…
Do you want to attend this event tonight?