In the Hall of The Architect Developer

Posted by Kung Fu Dad on October 22, 2015
There is a meta narrative in a lot of news articles and our Chinatown Community stories that depict the developer  and architect as a mysterious demon in a suit 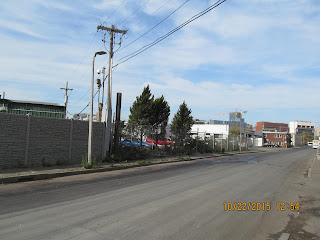 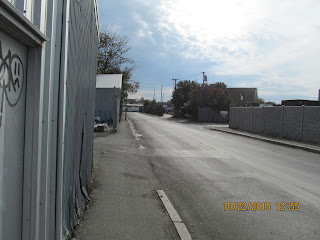 Or the witch that lives in the house made of candy. 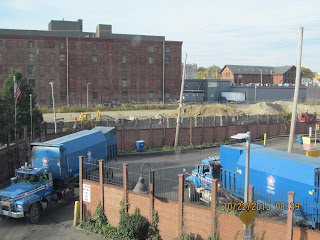 Those articles and stories often dehumanize developer and architect. 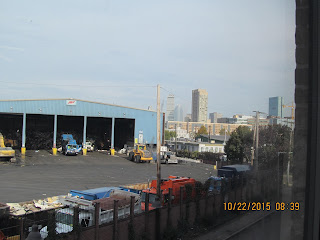 They are "Them." The other. Part of the Power. The System. The gods that touched their finger to the earth to create mountains, rivers, 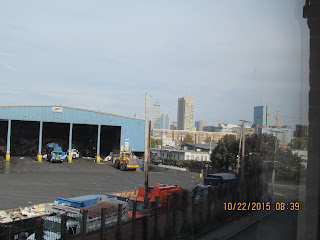 and the buildings to our City's Sky Line.

But I knew that there must be another side to the story. Because all of these buildings were designed and built by humans. To begin to find that story, I interviewed Peter Vanko of Vanko Studio Architects.
So where did I travel? I actually biked up Melnea Cass in Roxbury, right near Wing Fook Funeral Home and "Heroin Highway"

Through a No Man's land,  to a neighborhood, whose name portrays an ambitious future. 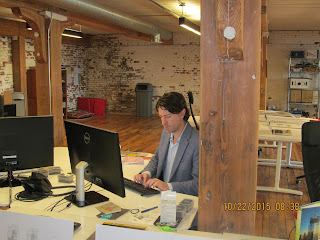 I was early for our interview and Peter let me poke around. 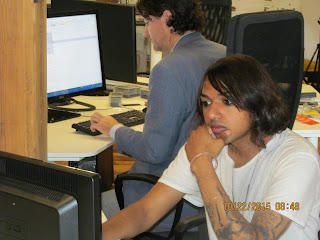 I was introduced to his co-worker Bhavik Mistri. Now I'm not sure what I was expecting to find. But my pictures can not really describe my wonder.

"Wow this isn't what I expected." I said.

"Welcome to the world of the struggling architect." Peter laughed. I felt I had gained access to the halls of Zeus or Odin or at least the modern hipper version.  But I guess being the creator of the world we live in has its difficulties.

"Being an architect is a tough business." Peter said shaking his head and grinning. "Your part Artist, part Scientist, part sociologist, you need to understand the market and finance and your client's issues. And you're creating something. It's Easy to be the Critic but hard to be the creator."

"Have you worked on anything in Chinatown?"

"Now I don't know if that will actually help or hurt us." Peter laughed. "We did the schematics for that project but our design didn't actually go through."

"We did the Marriot Courtyard Hotel on 275 Tremont. But Chinatown... I guess we haven't done much there."

But nevertheless, this was a real architect that did real work in Boston and Philadelphia and some developing too. I haven't heard any voice from the trade in the discussion about the changes in Chinatown. And it would be wise to know this perspective.

"How do you feel about the development in Chinatown?" I asked.

"To date or the future?"

Well let's start with to date.

"It's good to date. I thought the W Hotel was sensitive. The Metropolitan was good. Actually we touched One Greenway loosely. The City of Boston has rules that will include space for low income, but no middle income, and that's a problem."

I thought this comment was interesting, because it's the same thing I had heard Lydia Lowe of the CPA say in person, and in various quotes over and over. In other words, this architect/developer would be on the same page as Lydia Lowe on this detail. And that to me, is mind blowing.

A shake of the head, "Too blocky."

"This Mega development that you're seeing, the giant towers. That's not helpful to Chinatown."

"You don't think so?" Asked Bhavik.

"No, I think it's erosive. If the whole neighborhood came up to 12 stories I think that would be healthy."

"But don't you think that Chinatown could still be Chinatown even with development."

Peter said that Market forces were pretty strong. I asked if he though Chinatown would be gone in 20 years.

"I would go more with the 50 year plan. And if it goes it will be because of greed. I mean unless you have that guy that doesn't care about money like the guy in UP."

"As a non Chinese person do you think Boston needs a Chinatown?"

"I think Boston Benefits from it. It's like an investment, to keep a community like that, but it's not about money."

"Yeah,  I mean for me," added Bhavik, "I'm young and I live in the city and I like neighborhoods with character. Dudley has it's artsy feel, Allston has it's thing,  The North End has it's character, and Chinatown has it's identity."

"And yeah a lot of developers we work with, especially the ones in the North End really have that cultural appreciation." Peter

"I think it's almost unconscious if you live in the city, that you want cool communities." said Bhavik. "But what does that take, I mean is it the city or revolution or the developers?"

And here the conversation became almost spiritual and philosophical and broader in terms of the future of how we will live our life.

"I think what we do is big, but at the same time it is so tiny compared to technology, like Google cars driving themselves and  and other social forces." Bhavik analysed.

We talked a lot more about many things but one post can only be so long.

"If Chinatown is to stay, it will be through the community banding together and having something like a CDC. A community development Corporation and being involved in all of the towers built and maybe choosing Chinese Developers that have a stake in the community and actually live there."

"In the end there has to be a commonality that goes beyond money."

I mentioned Chinatown's land trust and the Master Plan, and he expressed interest in getting involved.

There are more of Peter and Bhavik's adventures and ideas which I will share in future posts. And hopefully future collaboration in Chinatown as well.