Water Main Break today, and some other pictures.

Posted by Kung Fu Dad on October 28, 2015
As I was leaving Chinatown I saw the street blocked off again. This is right behind the #Josiah Quincy Elementary school and in front of part of the Upper School where the basketball court is.

I asked a police officer and he said a water main was broken. Interestingly there was a guy with a news camera and when I asked him, he said he wasn't sure. 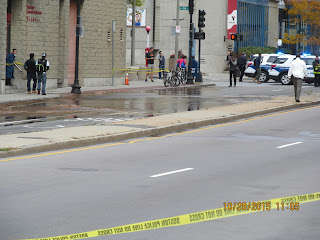 Today I actually had an interesting time so here is a recap with some pictures. My preschool Kung Fu class was cancelled, so I wandered around a little bit before my street sweeping exercise (that will come in another post). I felt like some sort of loser with nothing to do so I tried to interview people. I ran into a black guy trying to make a delivery. A window opened. A white guy popped his head out. "Keep ringing the F-ing bell and see what happens!"
"Uhhh Delivery?"

I overheard the white guy apologizing. All this is in Chinatown by the way. So tense! I asked some other people if they wanted to talk. Granted, sometimes I should have used mandarin instead of Cantonese and English, but I figure, I'm not really going to be able to do that interview by myself am I? I realized this. Interviews have to be a scheduled thing.

I took some more pictures of stuff I would take for granted but you might find interesting if you'e never been to Chinatown. 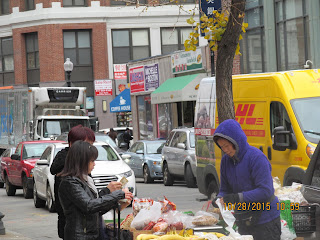 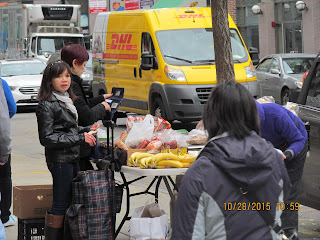 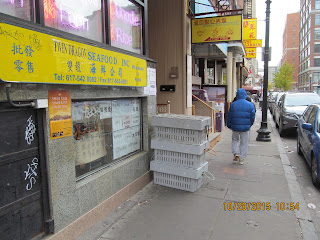 And here's a delivery of Lobsters.
Okay, next post is street sweeping.