Posted by Kung Fu Dad on November 19, 2015
Before the Lions go out, they have to bow to the altars inside Moh Goon. The altars are to Kung Fu ancestors (Shaolin) Kwan Gung, a deity/saint/general who lived and died during the 3 kingdoms period. The local gods/spirits, the door gods/saints, and there is a blank one for anyone else we missed (I think.) 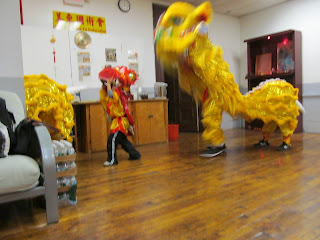 Then the heads turn around and kiss the drum gong and cymbals. This actually was usually only done during Deem Jing. But now we do it every time because why not? 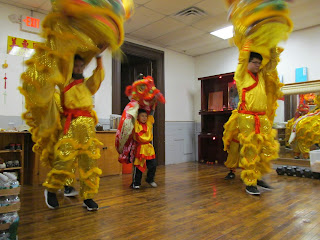 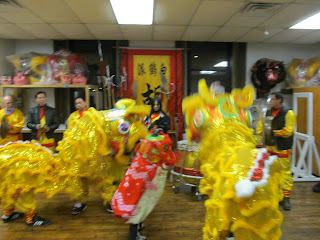 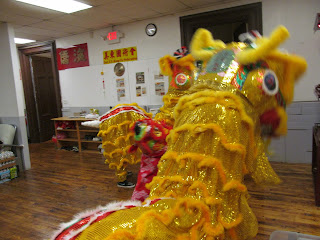 And finish with a bow to the main altar again. 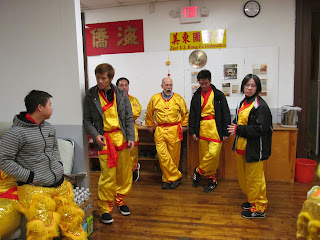 Okay time to head out. 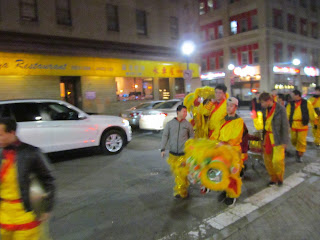 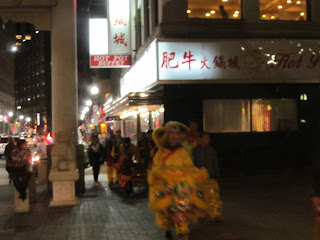 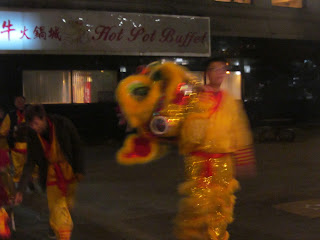 Across that Highway to Hei La Moon. 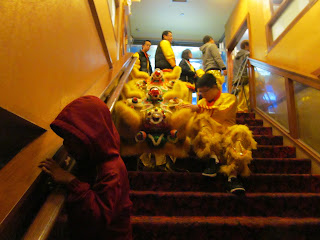 Shh. this lion dance is going to be a surprise sort of.

Shao get ready what are you doing? 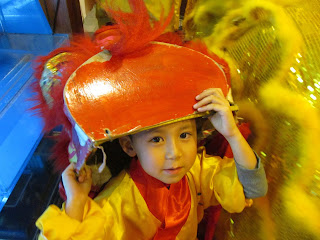 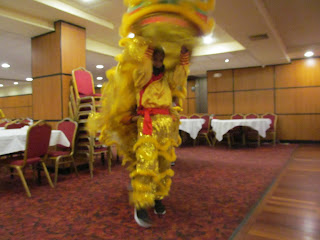 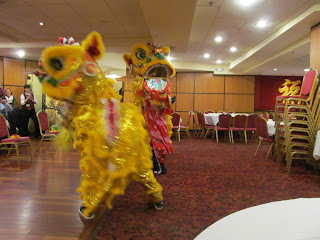 "Uhh you going to show Shao what to do?"
No I think he's got it. This is not his first time. 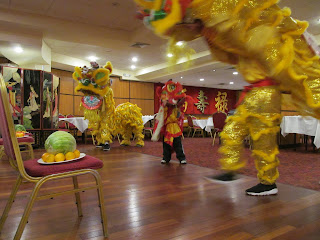 But I'll sit here and make useless gestures if that makes everyone feel safer about it. 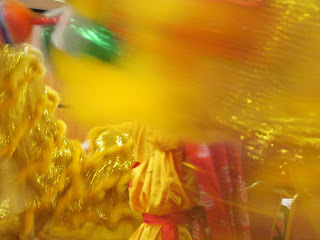 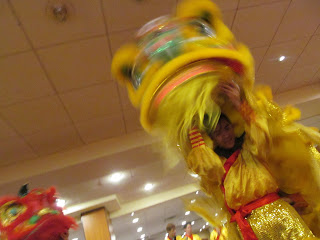 Yeah Dance! Wow, I've officially become the Soccer mom version of a lion dancer. I'm not doing anything but taking pictures from the side lines. 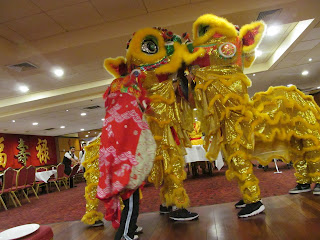 Hey guys let me in too. 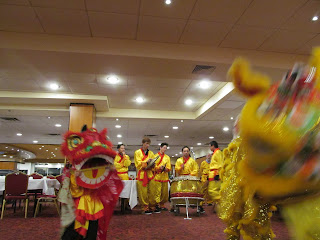 And end with three bows. 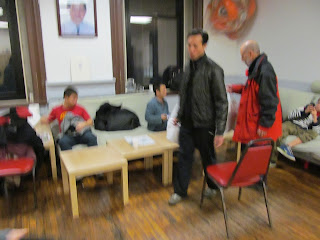 Now back to the school. Where should we get take out? I guess at Ga Ga Seafood Restaurant, where Pearl Villa used to be.  Why Ga Ga? Not sure. Because we know someone working there? These decisions don't really concern me. I'm talking about politics and nonsense and Noah is playing with weights, sword, and balls used to practice throwing oranges. The youth are sent out to pick up the food. I guess that will be Shao's job in uhh four or five years? I'll probably go with him I think. 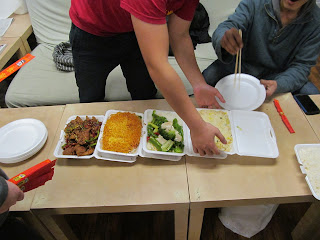 What do we get? Whatever, mo say wai, finally we decide one vegetarian dish, for our one vegetrian. Seafood Chow Mein, Salty Fish and chicken bits fried rice, Jiu yeem fried chicken (the kind with Jalepenos. I was able to translate rambling into Jiu yeem from one of my students because thanks to Grace, I speak confused Jook Sing very fluently.) And string beans. And white rice. 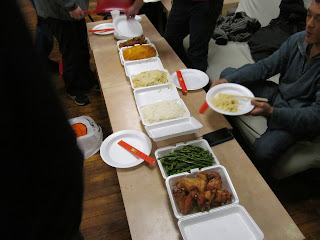 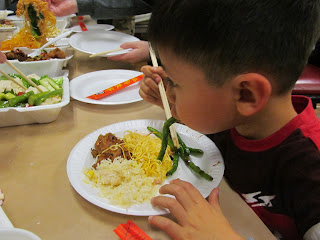