Posted by Kung Fu Dad on November 14, 2015
Well, every time Shao finds out I'm going to Chinatown he asks me to get Baos.
"What kind of baos?"
"I don't know just see what they have, like Hot Dog Baos or something." 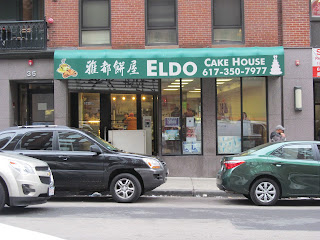 So I went to Eldo's I should start going around to all the different ones because each bakery has it's own little character. One of the cool things about Eldo's I noticed for a while is that I always see a group of Indian looking guys there that seem to be there for the Hong Kong Milk Tea or Herng Gong Nai Cha. I just think that's cool how a lot of non Chinese people find comfortable things about Chinatown that remind them of home. A lot of Caribbean people find the markets more comfortable too. In fact my Jamaican roommate in College said his mom thought it was hilarious that was my last name was Cheung. The reason was in Jamaica, a lot of the markets are owned by Chinese, and no matter what his name is the call him "Mr. Cheung." 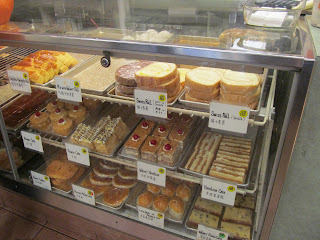 Here are the pastries on display at Eldo's 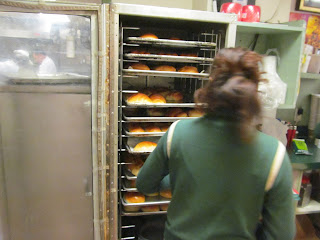 But this is usually where my go to Baos are. The Bo Lau (pineapple baos that have no reason to be called pineapple) Hot Dog Baos, Red Bean Buns (Hong Dao bao, which at Eldo's also have the Bau lau crispy topping, which is why I came here), Hot Dog Baos, Coconut Gai Mei Bao (Gai mei means chicken end right? But it's Coconut) and Mexico Baos, (again not sure why they are called Mexican. There is probably some history to this.) But anyway, this heated Bao rack is where it is at. 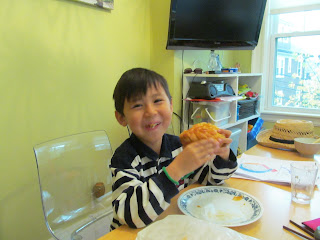 I also got to hang out in Chinatown after going to a community meeting for a new housing development proposal at St. Francis house.  We went to Dong Khan aka DK. I didn't have my camera but a friend sent me the photos 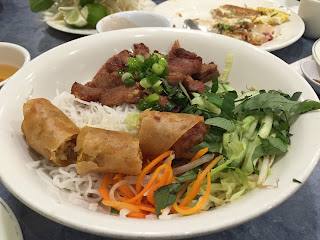 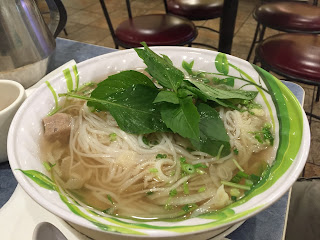 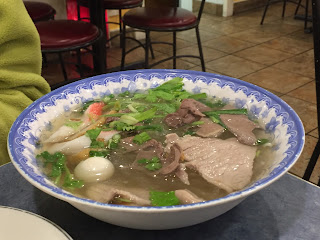 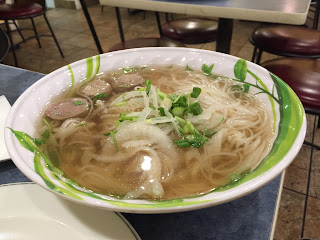 Well we did dim sum and Moh Goon run today as well. Dim Sum was in Dorchester and it was interesting that we saw people from Chinatown there. After being dropped off at Moh Goon with the kids because Grace had some sort of party to go to, we hung out and mostly talked about the Paris attack. I'll talk about what I think on my other blog. But I feel like I want to read one in depth article first.

The kids were going nuts so I eventually to them out to the Playground. The Tai Tung park looked really clean, but I soon found a syringe. Not being gloved and in cleaning mode, I decided to test the 311 procedure. I called 311 and they notified Boston EMS. I gave them my phone number etc. in case they had questions. I'll be in Chinatown tomorrow for a lion dance so I'll swing by and check if the needle is still there.
We hung out at the playground inside Tai Tung village and then moved over to BCNC , which also had a lot of trash. That all had to be recent because they have people hired to clean the BCNC one.