Posted by Kung Fu Dad on December 03, 2015
After the Election, Karen invited me out to eat. The restaurant was Peach Farm Seafood, or in Chinese Siu to yuen. The name is a reference to the Peach Farm Oath in the Romance of the Three Kingdoms. The novel was written in the Ming Dynasty about the Three Kingdoms period around 200 A.D. and the Fall of the Han Dynasty.) Kwan Gung (or Guan Yu in the article), Zhang Fei, and Liu Bei swore an oath of brotherhood at a Peach Farm. It might just be a literary work of fiction.... but there is still a family organization, Liang Jiang Association, that treats these three families as one because of this oath fictitious or historical. 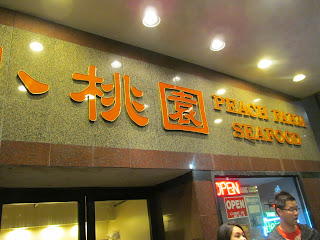 Rick Wong suggested this special banquet style meal for $200 (this was in Chinese so I may be off on details) and I think that's what we had. 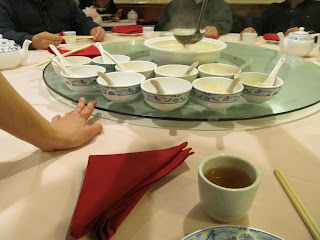 We started with a soup. 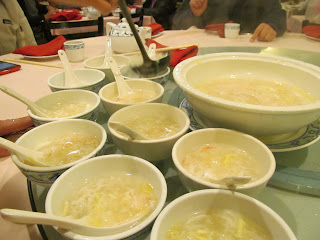 I would call that Shark Fin soup. But as I am typing this, I realize that  I'm not sure Shark Fin soup is even legal anymore. But to call something imitation Shark Fin Soup would also be insulting to the restaurant. But that is what I would call this soup if I had to describe it to someone. So basically I don't even know what this is. Let's call it Shark Fin Style soup. 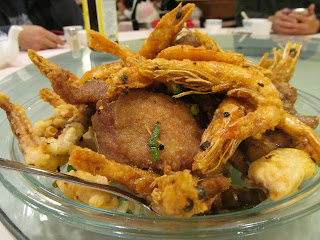 This is fried shrimp and pork. 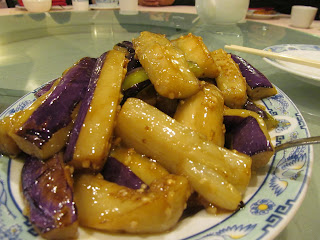 "Why the hell do Asians take pictures of food?"

"You need to get a better angle Adam." 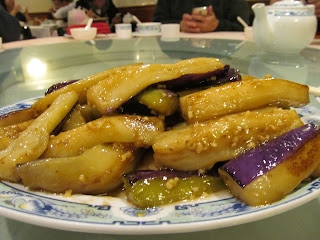 "No Adam is only half Asian so he should only take half a picture." 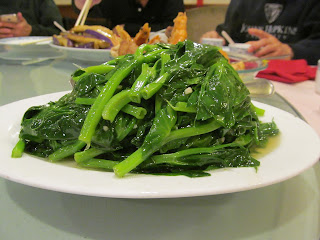 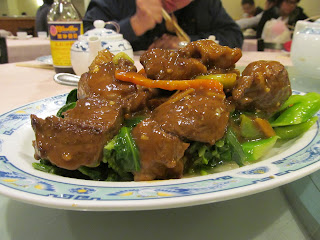 This is one of the best beef and broccoli I've ever had actually. 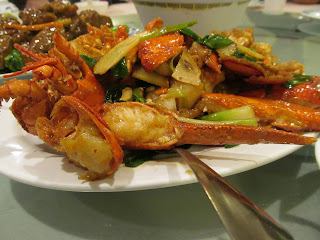 Lobster... which I am allergic to. But actually Chinese lobster is cooked with ginger and scallion, and both of those ingredients act as natural anti-histamines.

Someone got a phone call.
"No I can't come by.. I'm ganging out with the losing side."

"At least he didn't say he is hanging out with losers."

I was stuffing my face. But even if the taste of defeat is bitter at least the food is good right? 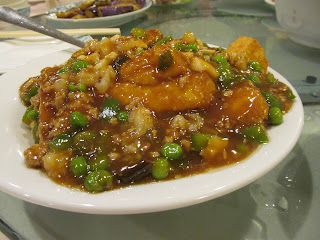 This was fried tofu which was then sauted again I think. There was shrimp in here too. 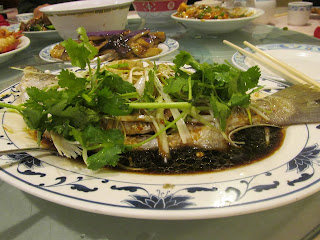 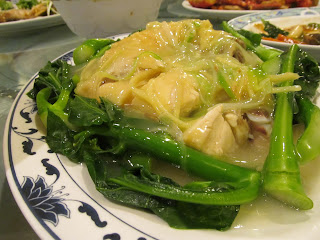 There was some argument over this chicken. One type of chicken wasn't available so another was substituted. I guess I should have paid more attention to that.

No Tong Siu or desert was left. We ended with Orange slices which I didn't bother to take a picture of.. but in retrospect, maybe I should have. They did look pretty.

Thanks for the meal! And check out Peach Farm on 4 Tyler Street.