The woman behind the counter (on the closing of a Chinese fast food restaurant on Downtown Crossings Winter street.) by Betsy Lu 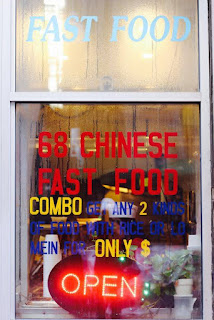 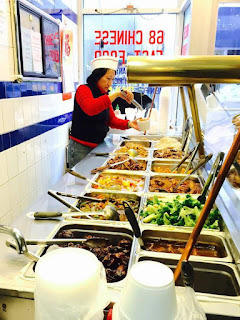 There is something to be said about a woman who has worked as much as my little mama did in her lifetime. She started working as a maid at the age of 8 foregoing any formal education to support her family. At age 20, she had to leave home and flee a war. Sponsored by a church in Tennessee, she came to this country not knowing any English and without a penny to her name. By the time she was 27, she ahd 5 children to support-3 of her own, 2 adopted. 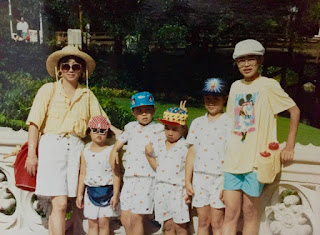 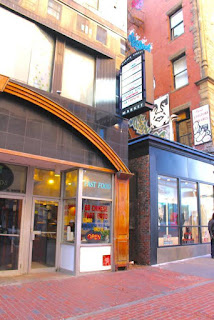 When it came time for her U.S. citizenship exam, she failed. And she failed multiple times. Although this woman learned o converse in 4 languages on her own, English was never her strong suit, let alone American history, politics, and our judicial system. On her 6th and final attempt, she practically yelled at the judge and said she had no time to study Engish. She told him to stop giving her a hard time, she was busy enough as it was working and had 5 mouths to feed, and knowing the 3 branches of government isn't going o help her do so. Whatever else she said to him that day, it worked. She was granted citizenship at 33.
At 35 she opened her first fast food restaurant with her partner in Downtown Crossing on whatever savings she had and borrowed money from a dear friend. For the past 23 years, this restaurant has been the backbone of our family. It took us from the projects to the suburbs. It raised us all and gave us the life mama always dreamed about. While she wasn't raised in a privileged life with food, shelter, clothing, and an education, she made damn sure that my siblings and I were.

It is with a bittersweet note that she will be closing this restaurant officially on Friday January 15, 2016. With the rising prices of operation, rent, food, labor, it is no longer as sustainable as it once was. There is also something to be said about the last man standing. This is the only business to have survived the 2+ decades of change Downtown Crossing has been through. You probably have walked passed it a million times on Winter Street. 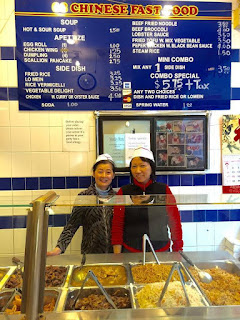 It is unassuming but the spirit and force behind it is insurmountable. If you have been there, then you know she is the friendly face behind the counter, the one that calls everyone, "my friend" when they walk in, and the one that generously over stuffs you plate with food. 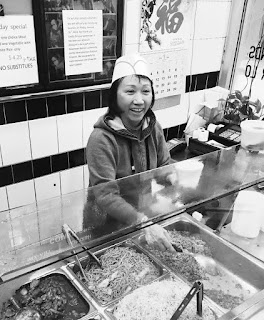 Although her presence and food will surely be missed, I am so thrilled and proud to say, it is finally time for this little lady to retire. At 58, she had worked more in her lifetime than most of us ever will in ours. It is time for her to relax and enjoy life, and I may be able to show her a thing or to about that.

When asked what she is going to do after she retires, she says she finally has time to learn some English.

Photos and article by Betsy Lu