Posted by Kung Fu Dad on January 02, 2016
I went down to the Chinese Historical Society to interview them and it turns out there is an exhibit about Chinatown's history. 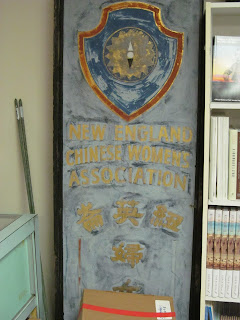 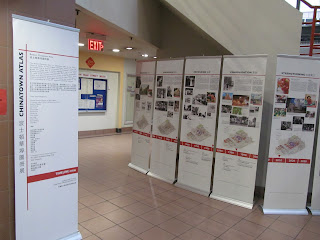 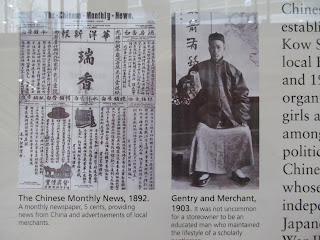 Chinese have been in Boston since 1798. Granted the 1798 date might be just one guy, but still I didn't know that. 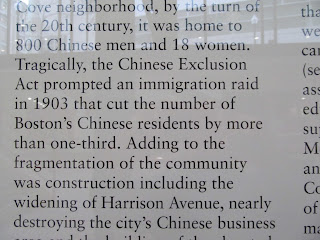 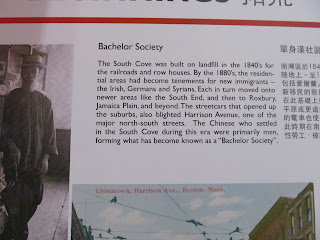 I didn't take pictures of all the pictires.. because that is stupid. But Just took some ones I thought were crucial in understanding Chinatown. 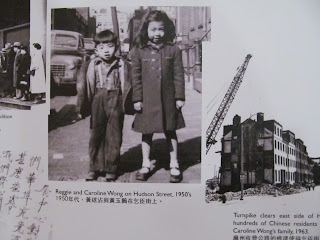 The boy in this picture is Reggie Wong. Founder of the Knights. CCBA president. Leader of Hung Ching, and general leader of Chinatown. He passed away, and let's put it this way, even though I never belonged to anything he founded and was simply just part of the community, I felt the vacuum from his passing. He would stand on the corner with a cup of coffee and I would see him and he would say hi to me in Chinese by name. I have heard that a lot of leaders have this capacity to remember everyone's name. In any case, he was one of those leaders. 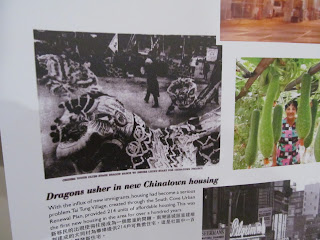 I had to take a picture of this old lion dance, not only because I do lion dance.. but because they are called Dragons in the article. Not only that, but Gund Kwok Lion and Dragon Dance team practice in the space where this exhibit is, so I can imagine the girls going over and reading this and being like, "What the hell?"

It just goes to show that we can't all know anything. I need to learn from Chinese Historical society, but the scholarship is not the only part of the picture. To get a full picture of Chinatown you need it all, perhaps even the msistakes. For instance a white guy that knows nothing much about Chines culture, but does Kung Fu and Lion Dance would know these are Dragons not Lions. But someone can be super Chinese to the marrow in custom culture, mannerisms and scholarship... and totally miss this.

I learned this at the New Year's party I was at. There one pf the people their had the inside scoop on Peach Farm's chef.. that he left and now he's back... and he was white... but he lived in Chinatown. That's why this blog needs all kinds of input to have a full picture. All I can do is share my stories and the people who are willing to do interviews with me.

Comments and write-ins are the easiest way I can think of.


Anyway, check out this exhibit and then go into Chinatown for lunch it will be both fun and educational. The exhibit will live at the China Trade Center until someone else needs the space.. and it is free. If you are a teacher it would be good to go hear after a Dim Sum trip of some sort.