Posted by Kung Fu Dad on February 17, 2016
I took these pictures a while back. I saw that they were doing construction on the Church. I thought it was renovations. But actually it was for condos. 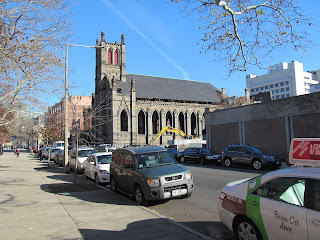 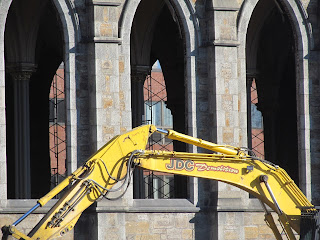 So you may ask why this South End Condo is on the Chinatown Blog. 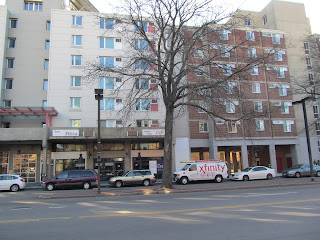 Actually according to Amy Guan, Chinatown Old timer, these Castle Square Projects (where I grew up) are part of Chinatown. Why? They were built  to house people displaced by the highway that knocked down one of the On Leong Towers and a whole community of Chinese and Syrians. That's why they even exist. You'll notice that a lot of stuff in Chinatown.. in the center of Chinatown is referred to as the Theatre District... even though there are no longer any theaters there. But that is unmistakably Chinatown. On the flip side, there is a whole neighborhood in D.C. with Chinese writing on the signs and businesses. The subway stops call it Chinatown.. but it is obviously not. 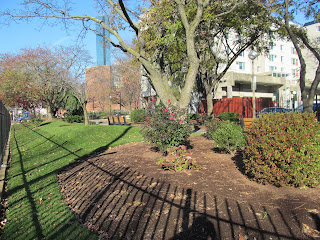 Here are some pictures of the Castle Square. It looks really nice. Maybe these units are already Market rent condos. 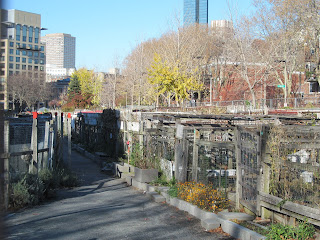 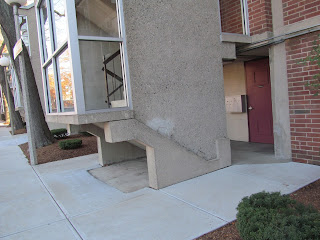 But this used to be pretty Ghetto 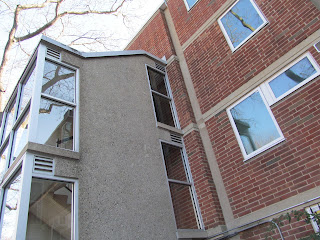 And then on the other side of this unit (which I grew up in) you will look out the window and see the Church... which is now Condos. I think that represents the changes better than anything because, on the one hand, the Church must have been sold because not that many people go there anymore. The new Condo is really nice and they didn't just knock the Church down. But I actually ran into some Catholic Classmates coming out of that Church when I still lived there. I was surprised, but even in high school I noticed people walking in the neighborhood that you wouldn't have noticed before. Was it that you could tell they were of a different class? Not exactly, there were still rich people walking around before. But they sort of looked like they belonged.

My classmate actually came down to hear Mass in Latin because that Church had permission from the Vatican to hold mass in Latin. Kind of makes me wish I had gone to just ONE mass in Latin, now that it is gone. So you see, he might be sad to see it go, but at the same time there are good things about the fact that the architecture of the building will stay in tact, and it will be used. Catholic Churches are largely empty around Chinatown. (Evangelical Ones are bursting at the seams.)

Do I feel sad about the church? Not really. Because I'm not a real Catholic. (but I am technically Catholic) We'll be talking about Religion and Chinatown in later posts too btw. There is a lot to be said there. But I need to find people that will talk to me. ) But I can see how someone who went to that Church and moved away, and came back to find it was now a Condo. would be shocked.

The building next to it is an old people's home (or was). A buddhist and a Taoist group had rented their function room. That was the closest thing to a Buddhist or Taoist Temple that I know of in Chinatown.