Posted by Kung Fu Dad on September 28, 2016
I went to go to Sun Sun and buy something from the store one last time. To be honest, although my mother took me in there all the time as a child, I haven't really been in there as an adult. I always go to the market that is just closest. And my wife usually goes to a bigger market with a parking lot and not always a Chinese one. Usually it's Cosco or Roche Brothers or some farmers market up by Billerica. And to tell the truth, that's what the traditional Mom and Pop Chinese grocery stores are competing with.

But what I'm noticing is a grocery store, is more than just a store, it is almost like a home or a club or like an ancestral house. I mean I was not the only one who had the idea to come pay homage. 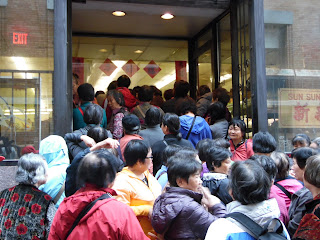 And apparently Max Esposito of Sweetrickey has been working on a documentary which relates to the store through the family who owns it for four years. 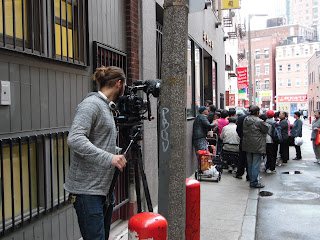 This story is even more important than I realized.