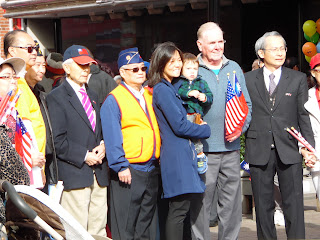 Ray Flynn showed up for this year's Double Ten Parade. He is standing next to Michelle Wu and on the other side moving left is Paul Chan aka Uncle Paul and Frank Chin AKA Uncle Frank. A lot of politicians showed up to show support for this Parade and the Chinese Community. Including a largely Italian Marching band that comes every year and played many Taiwanese hits and "Descendants of Dragons." I have to say I got pretty excited and even emotional. I hope my footage from the Go Pro turned out okay but I get the sense that it won't be the same as being there. There was something surreal about the event and fantastic about having this long parade going from Chinatown to City Hall. 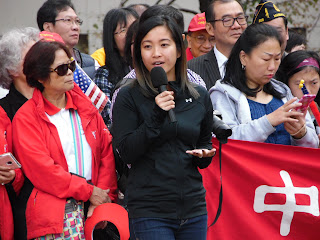 Quincy City Councilor Nina Liang came to show her support. She pointed out that work in Chinatown spills over to positively affect Quincy. I think this is important to talk about because some people seem to think that Quincy and Chinatown somehow are in competition with each other. I've always been a fan of Nina Liang. It is inspiring that someone from the younger generation of Asian Americans can rise so high.

But this was at City Hall. Let's look at how we got there. 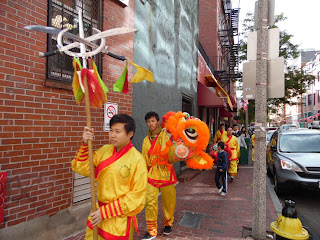 I tagged along with my old team, Woo Ching White Crane. Adriana will actually be blogging about her experience too, and I look forward to that because from what little I heard, this ended up being a huge event for her. Much more than just taking pictures. 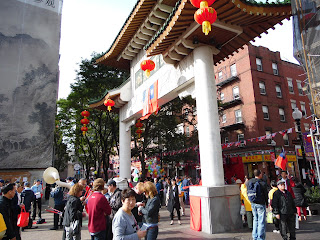 We arrived at the gate. The weather was amazing. It can often be icy by this time of year in Boston 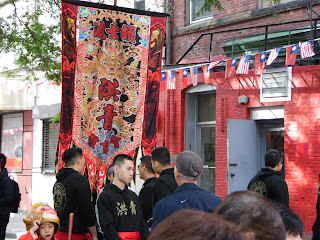 Gung Ho had new flags that were really impressive to me. 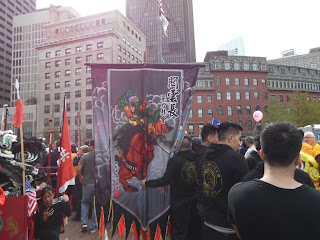 This is the other side of it. Kwan Wun Cherng. A Manga style rendering of the God of Justice and Loyalty. Also called Kwan Gung. It just really caught my eye. I like the old style  banners. But it is cool to see a continuation of tradition that also gives a nod to modernity. I'm not saying it's better. But since it is the first time I've seen it, I couldn't stop looking at it. 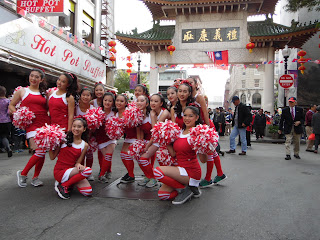 In addition to Lion Dance teams there were also Cheerleaders... 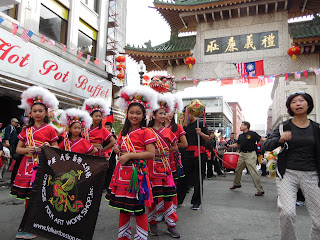 and the traditional dancers of the aboriginal Tawianese culture 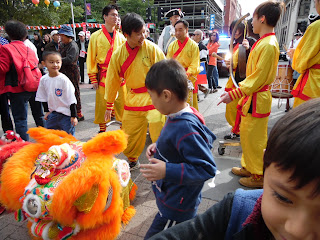 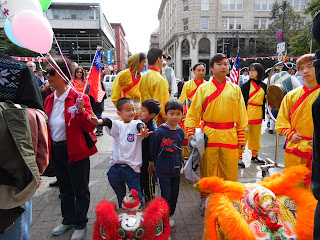 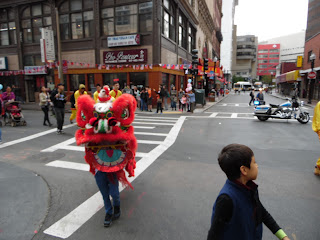 And I was also in charge of the baby head. The other kids didn't really know how to rotate yet... but after today, they do. 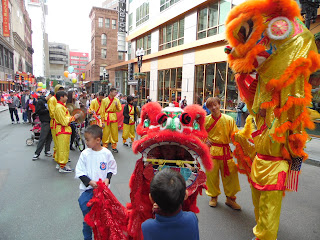 Trial by fire and on the job training. Did I mention that Muskets were going off this whole time? 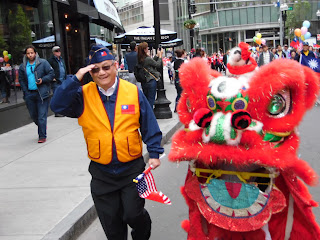 I managed to snap this picture of Uncle Paul. In his speech he mentioned being born in China and growing up in Hong Kong. He also went to Taiwan to join the military and spoke of how important this parade is to being Chinese American. I couldn't help thinking that, what with that stupid video from Jesse Watters', though done annually, is the best counter. Politically involved, powerful, and cultural. In fact other ethnic groups from Boston show up to join this parade. And it wasn't only Asian politicians that showed up either (I just didn't get great pictures of the others.) 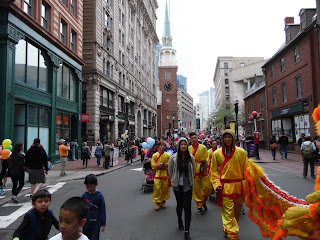 And again, the event goes from Chinatown through downtown 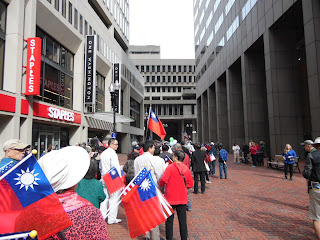 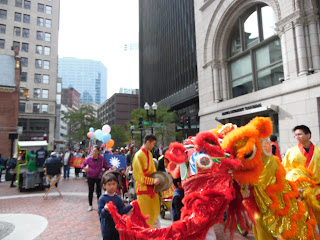 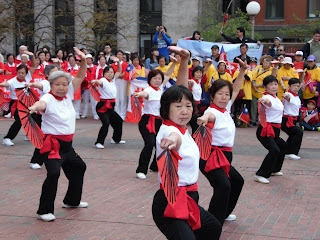 Young and old showed up to perform. 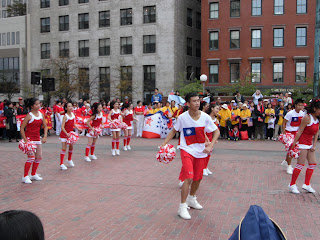 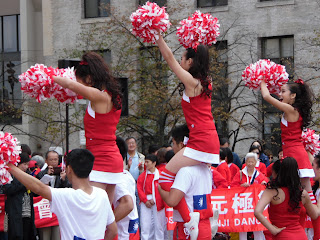 Michelle Wu spoke to how it is important to have these cultural events and a Taiwanese student talked about how he has been in the States for a few years but this was his first time at the parade. He really didn't feel that emotional until the flag raising ceremony. Again, hopefully that footage turned out great.

But a good chunk of the people participating and organizing are not Taiwanese but Chinese American. As the songs of the 1911 revolution played and I thought of all the movies I had seen as a child talking about Sun Yat-sen I thought about how the celebration is more than just being about Taiwan. It is about Chinese democracy and the potential for that idea to become a reality for all Chinese, not just those on the island or in the States.