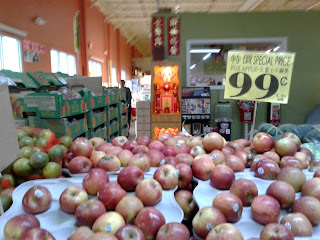 So I knew that Malden was up and coming in terms of having Chinese people. But frankly so does Roxbury. So does JP in fact. But I didn't realize that Malden had an 88. Adriana Li put me onto that point and educated me. 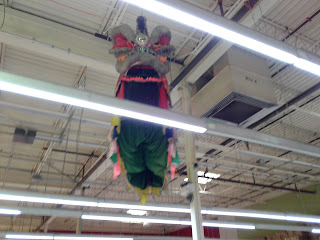 This Lion doesn't look like it was brand new. Was it used for the store opening? I know that they have the Lion flying oover the aisles in Allston's 88 as well.
At the Kung Fu school where I lived, and which to some degree is almost like memories of an adult womb now that it is gone, the Lion's watched the doorway...and of coursse were backed up by me. 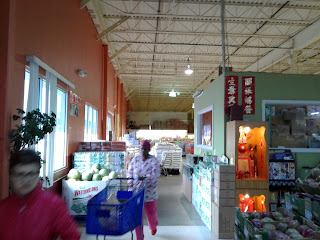 Altar's at restaurants and supermarkets are something i always noticed, but only now care enough about to take a picture of. After all, not every store has it as a given But Malden isn't just Chinese. It is super, old women walking the Confucian steps behind old men Chinese. Totally going to Bai sun everyday Chinese. OPening supermarkets buying houses and really starting a community Chinese. So when Adriana's past post turned in to a Universal hub tweet that said she was announcing the emergence of Chinatown North... as crazy as that sounds since Chinese have been there for a while...it's right.

A friend of mine I just bumped into who lives in Melrose compared it to Quincy. It's not just about percentage of Chinese or Asians. Again Roxbury and JP and Brookline is full of Chinese and other types of Asians. But a Grocery store is actually one of the biggest signs of a true community, because it supports the home cooked meal.

Speaking of meals, this 88 does not have a food court (which was unfortunate for Grace who I promised take out too and then couldn't deliver.) 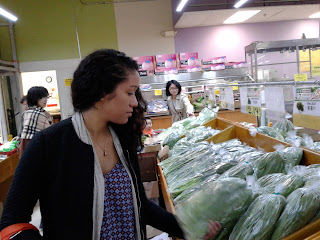 Adriana, who has wanted to get more into home cooked Chinese food, asked me to show her how to shop a bit. I actually wrote a rough draft of a book, "Kung Fu and Cooking" which is a sequel to "Kung Fu and Love" that mocks my cooking style a bit. But the thing is, my heavy handed ways are easy to pass on and pick up. So, (I'm not saying Adriana doesn't know how to cook!) but I am saying my tips and tricks are easy for someone who just wants to start eating healthy, or Chinese home style like, but doesn't have time for recipes and timing  or hours of slowly cooking down herbal soup. 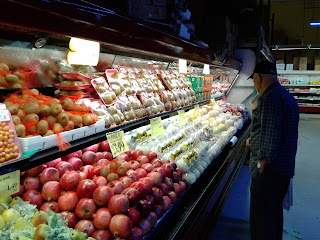 Kung Fu Dad said…
Wow I would like to know more about that and be involved. BTW I saw it mentioned by others, and you should totally run for something in Malden. Run the government like you run your school and Malden will be a City Upon a hill for real and not just in rhetoric.