Posted by Kung Fu Dad on January 23, 2017
I reached out to Ryan O'Malley in search of a story about the signs in Malden. 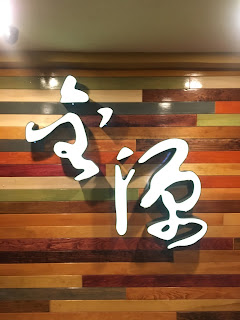 As I mentioned in my last post I thought there may be something that I could label as prejudiced or racist.

Councilor O'Malley said that the laws as they currently stand effect non Chinese businesses too and it's more that they don't make sense and are also unconstitutional.

"If someone is going to invest hundreds of thousands of dollars in a business in Malden, we should be helping and supporting them. It doesn't make sense to have them have to do their grand opening with a tarp over something that could be called a sign or a work of art or whatever you want to call it."

Essentially, as long as it is tasteful, then what is the problem?

But if there was any issue or concern regarding race, or if anyone wanted to start an event in Malden to celebrate culture he asks that you please reach out to him. He represents the downtown area.


I followed up my question about whether a particular ethnic group was being targeted with questions regarding Chinese being the new up and coming group in Malden.

"I don't know that they are new... I mean growing up in Malden a lot of my friends were Chinese.....Malden has always been a city of immigrants and I would hope that we would welcome and support any group."


It occurred to me that this article I am writing is kind of boring....I mean it's almost as if when there is no racism or prejudice, there is nothing to get fired up over and therefore there is less reason to click and share.

Of course there is still a story here though. It is the story of Chinese in Malden, which Adriana Li will continue to cover since that is more her turf.

As we chatted about Chinese businesses in Malden Ryan O'Malley cutting the ribbon for Honey Honey desert Cafe. As it turns out Adriana went down there to check it out and I'm sure will be telling the Boston Chinatown Blog readers all about it and what to order when you go there in an upcoming post.

But it is true that it seems that negative news sells better. Even on this blog it tends to be tragedy that gets the most clicks. I'm not saying that is the only reason why you will here more dire doom and gloom regarding Chinatown and Chinese communities in the news.

But it does seem like that sort of mentality spreads quicker.

Mostly what I learned talking to Ryan O'Malley, is that democracy works. It may not be perfect. But there are ways of getting things done, especially on the local level.

And one way again if your issues have to do with downtown Malden.. is contacting him.