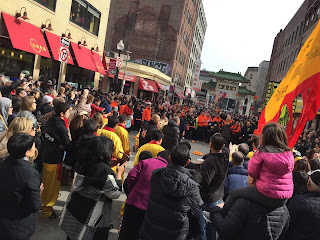 I tried to look through the blg at least for pictures to show which year was what and realized that it had all been on Facebook and it was impossible to find.

On the Facebook group Chinese Lion Dancers there are countless old pictures from all over the world of Lion Dances past.

However for the Boston Chinatown Blog it would  be good to have a picture for each year going back just to see what the weather was like and to have the date.

Maybe we can get all the way back to World War II when a team of all women went out because for the first time in Boston's history because the men were off fighting the war. 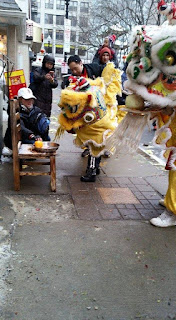 Maybe we can even go back to the Qing Dynasty time... it would be cool  to see how many we can collect just for Boston's history, and in a simple one picture per year record.