" It's a Skin Thing" Interview with Sensei David Dixon 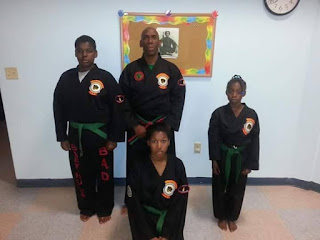 I was talking with Sensei Dixon about Chinatown and mentioned that I now live in JP, which is labelled officially as the City's "Latin Quarter."

I also grew up in JP we were the 1st Black family in an Irish, German hood
From 64 and up

We lived on Lamartine St

Sensei Dixon talked about a friend he had grown up with. Whom he had fought with before becoming friends.

His mom was White his Father Chinese

Apparently, as adults he had felt slighted when after visiting him, the owners of the house, had asked him to not come around the house any more. I asked if it had been relatives...

No nothing like that his family and mines became friends... They were a Chinese family he was living with as an adult maybe he was renting a room from them

I asked if he felt that Chinese were more racist than whites even.

I think Chinese want to be White. Even in Hong Kong they are divided between mainland Chinese and the Chinese who live in Hong Kong.
As Asians go I have a good many Cambodian friends. They are like the Ni##ers  of the Asian World. some are darker than myself.

This statement shook my beliefs somewhat. I tend not to believe that Chinese are overtly racist. It is more like they do not trust outsiders of any kind, whatever color even if those outsiders are Chinese.
It’s a skin thing... It’s easy to get around cultural differences but you can't get around color.

Even in Martial Arts you have Blacks that study Karate rather than Kung Fu cause back in the days the Chinese refuse to take us as students.

Talking more about Race perception in Chinese culture he mentioned

Well let go back to the Statues of Buddha and how they have made him more white over the years. The original's  had curly hair, broad noses and big lips

All life came from Africa
Yea there are like 8 shades of Black.

I will tell you the truth. It was uncomfortable hearing some of these things. And of course many readers may have counter arguments. But the point of the blog is to show all perspectives and to look at all the aspects of Chinatown. My goal for this blog was never to be objective… but to step into other people’s shoes and to allow the reader to do so as well.

Thank you Sensei Dixon for sharing your very personal experiences.