Posted by Kung Fu Dad on March 25, 2017
I found out that East Ocean City is closing and a hotel is being proposed.. but excitingly it sounds like this is going to be done by the owner of the building and restaurant (same person.) Most of what I am writing here is more rumor and I have to follow up. 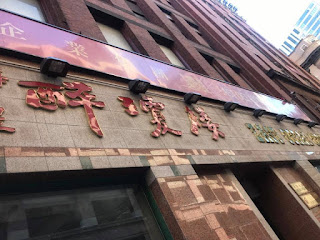 But in the past a friend of mine who had done business in New York's Canal Street and also has been heavily involved in Boston's Chinatown commented that New York's Chinatown was stronger because the owners of the buildings were more willing to develop the properties themselves, to create hotels and residences and restaurants that would keep that Chinatown going for 100 more years. He complained that he did not see this type of energy as much in Boston...

However, it sounds like that is EXACTLY what is happening in this case. So perhaps East Ocean City is closing... but it sounds like this is a move that will be part of Chinatown's development into something that will thrive in the future instead of just barely surviving or even disappearing.