Posted by Kung Fu Dad on March 27, 2017
George Li is famous now for bringing Batman to Chinatown during our last snowstorm.
Here is an article from the Globe. 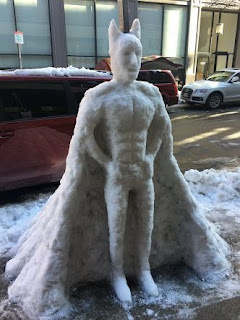 But this is by no means George's first work. Check out these snow sculptures form years past...
Olaf
Boston Strong
Elsa and Olaf 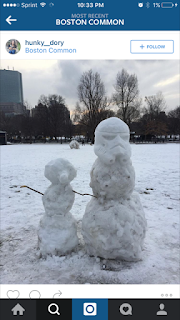 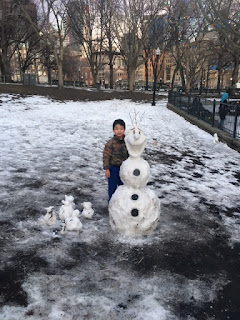 George, decided to build the Batman this year outside his apartment in the Leather District (which is associated with Chinatown... to me it's straight up Chinatown) and pointed out that a lot of people walking by might not even realize that in addition to being an area with businesses, that it is a community too where people live.

Interestingly enough, one of the other residents of George's building, was Chris Evans... Captain America. Of course he hadn't lived there for five years. He was too busy fighting aliens and what not, but still kind of cool. Captain America recently sold his condo however. I had know idea he was a Chinatown resident.