Posted by Kung Fu Dad on June 27, 2017
I had heard from a friend about a Hong Kong Bank note that depicted what I said in the title and was going to use the image of the note as a reference while talking about the Boxer Rebellion, Gene Luen Yang's "Boxers and Saints" and the old movie with Charlton Heston that I watched and did many an entry about yesterday, "55 Days at Peking."


But what ended up happening was I could not find the bank note... and though I do not doubt my friend... the bank note image has taken on unicorn status for me. Does it even exist?

If it doesn't, how the story started is even more interesting. Though really I don't doubt that it exists myself. But maybe it doesn't and somehow my friend saw something that did not exist?

But even still it should really be something so common to find.

Either way that is fascinating and just reminds me how important it is to keep a record of such things that is not just oral. 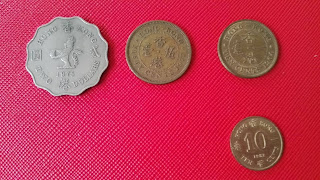 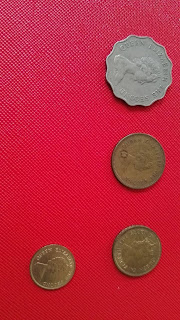 These are some pictures of coins from Hong Kong pre 1997 from another friend in New York. I only post it because maybe one day, despite Wikipedia and history books, to common people....it might become a little known fact that Hong Kong was once a British colony. Seriously ask many American teenagers that are not Chinese and see if they are like, "duh Hong Kong was a British Colony" or see if they say something else.