There are a few alleyways in Boston's Chinatown That could do with some repaying. This back alley in NYC is actually constantly being used for films and while there many groups of people were taking pictures for a film project or other artistic endeavors slightly above tourism... which is what I am now, whenever I visit any Chinatown.

Auntie Amy had mentioned playing  quite safely with other neighborhood children in that alleyway between Taiwan Cafe, the Park, and then coming out of Asian garden, which like this NYC alleyway probably has many stories tied to it, fictional and real, where one could disappear and reappear in a seemingly completely different part of Chinatown. It is sort of an escape tunnel if you will.

Back in Auntie Amy's childhood, it was cobble stone. Even though recreating that would be expensive, one can see that even paving an alleyway can change the whole look of it.

I had no idea this alleyway was famous when I had done lion dance here years ago. In fact I recall someone commenting negatively about it as some sort of gaunykey because suddenly the amount of dances per square foot increased. But that is indeed what people want to preserve. That is what is trying to be held onto... That cramped old world look. 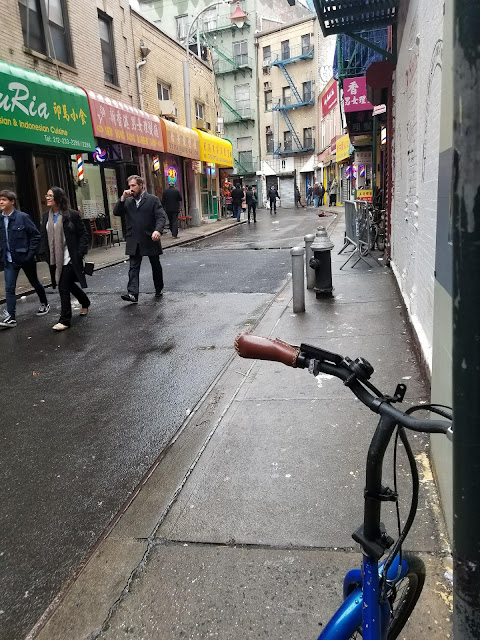