Getting To Know Stevie Hoang 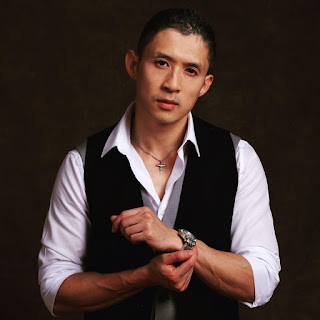 Stevie Hoang, United Kingdom born singer, producer and songwriter, gave me a chance for a quick interview. Being a big fan and avid R&B listener, I couldn’t pass up the opportunity!

Stevie is from Birmingham England and was introduced to music at a young age, first learning how to play piano. During his teenage years, he started listening to more hip hop and R&B and soon developed the style that he’s known for. Developing a large fan base on MySpace, Stevie capitalized on that and launched his music career independently.

Stevie’s last album was released in 2017 ,Undiscovered, and is available online wherever you listen to music. Read the below interview to learn more about Stevie’s life and his insights into the world of music. 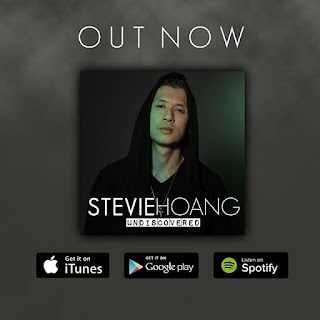 I’ve seen in past interviews that when you were around 15, you started listening to a lot of hip hop and R&B. What singers influenced you the most?

There were so many, I started off listening to the more commercial stuff like Boyz 2 Men and Will Smith then I discovered Joe and I was amazed by his voice and bought all his albums. Further down the line Neyo, Usher and Mario were all massive influences.

Where’s your favorite place to tour and why?

I’ve only toured two places, the UK and Japan, so I’d have to go with Japan. I think I enjoyed it more because I was more well-known, and the fans were so passionate. It’s always better to have audiences where they sing along to your songs. Also screaming girls is always a plus.

You gained a lot of popularity through MySpace, one of the first big social media channels to be taken advantage of by independent artists. Do you think YouTube and Facebook are still going to be useful for artists moving forward?

Yes, I think YouTube especially will always be around. Instagram is also becoming very popular although I don’t use it as much as I should. I use Facebook as my primary platform to promote my albums as most of the people on there are a bit older but most of the kids are more into snapchat and Instagram now.

What made you go into music independently without a label?

I started writing and producing songs for other artists when I was 16 and by 22 I still hadn’t had any success or made any money. That’s when a friend told me about MySpace. The first profile I made was as a producer which wasn’t very popular, so I made another page with me as a singer. I wasn’t really expecting nothing but ended up gaining a fanbase and word spread about me very quickly. I then got to number 1 in the myspace unsigned artists chart which got me a lot of label interest.

What has been the toughest market to break into?

Definitely the UK market. RnB has never been that popular here and when I signed with Mercury records I remember having to change my style of music to try and get into the charts and onto radio, but it didn’t really work. I realized the best way forward was to go back to being independent and do the music I love and have that connection with the fans.

Who has been your biggest supporter in your musical career?

Apart from my family I have some incredible fans who have followed me for years who really inspire me to carry on and make more music. I tend to disappear off social media in between albums but they are always messaging me privately offering support and encouragement. When I make music now I do it for them.

Touring in Japan, releasing albums exclusive to Japan, and even having a separate Japan Facebook Page, how did you end up getting so popular there?

I think it was all about timing. Around 2008 American RnB was getting popular in Japan and I had just released my first album and it just seemed to catch on with the Japanese music fans. I’m not sure they could understand my lyrics, but I guess they really liked the music and melodies. It was a great time for me as I had some amazing experiences over there.

Being born in England, did you experience any racism growing up?

Luckily, I didn’t experience anything too bad growing up. There was a bit of name calling at school but that’s just kids being kids. In England I think Muslims got it much worse than I did. Being Chinese living in London there weren’t that many of us, so we tend to get left alone.

As an Asian artist, did you ever get any strange looks getting into R&B?

I don’t think so, maybe I did but I wasn’t aware of it. Mostly it was always positive like “wow there’s this new Chinese dude doing RnB and he’s good”. The only one time I can remember was I was doing a show in Leeds in the UK and someone shouted “chink” as I walked off the stage. but looking back now I’m surprised I didn’t get more of it.

What was the toughest moment in your career, from when you started on MySpace to today?

I’ve been an artist for over 10 years and I’ve always managed to evolve my music to stay fresh but before my last album undiscovered it was very difficult. I began questioning where I fit in and if my music was still relevant. RnB has essentially become hip hop now and the stuff I’m good at melodic RnB, isn’t around anymore. So that was a really tough decision not to follow the trend and stick with my original sound. but it worked as Undiscovered was my most popular album since my first album “this is me" in 2006.

What’s the future for your music? Are you working on your next album, or working on another project?

I just want to enjoy making good music that I can be proud of. There was a period where I stopped enjoying it and I realized it was because I was trying too hard to sound like the popular artists and get that radio hit single. I’ve realized its always best to stick to what you are good at and stay in your lane. I will be releasing another album in 2019.

What's the one piece of advice you have for artists trying to break into the industry?

The best advice is to ask yourself are you working hard enough? There are so many artists who think they are but the ones that usually make it have an incredible work ethic. Also, as harsh as it sounds being in a relationship makes things more difficult as you can’t give 100%. You need to be in the studio day and night 24 /7 and your partner won’t really understand that. 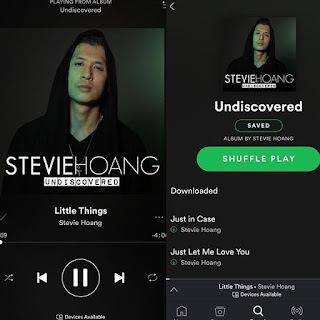 Huge thanks to Stevie and taking the time out to answer my questions!  Check out his social media channels below: