I wanted to blog about the Chinatown Bike a thon 2020 that took place. I rode a bike with my friend to and fro the Wind Crest Horse Farm https://www.windcresthorsefarm.org/ from the commuter rail station. It was similar to what I do every year for the CT Bike a thon as part of the fundraising for the Chinese Progressive Association's Chinese Youth Initiative.

When I watch other horse riding people I am inspired because it reminds me of adventures and youth. This can be how it slides in there as a part of my bike a thon ride this year. It is my first time horse riding and I had the 24 year old male named Kody. He is from the Southern US of A and familiar to being handled by people. He had an itch in his legs and he got his horse shoes off because his show and tell let us know when we were grooming him (during the time to prepare for our ride). My friend who planned this trip was on older female Dolly who was sporting a unicorn dread and is also one eyed. She was so mellow and friendly. She weighs about 1000 pounds and Kody is 7/10th of that. If you were thinking about going on a horse in the future remember there is a weight limit. This bike a thon was one to remember. We had a fairly healthy picnic of assorted waters, matcha lattes, and some other foods. It was quite fun to do this without preparation for a bike a thon; usually I form a team of some sort and try to make it an event. I am not a tour guide but I think I love to be a blogger who knows about what each spot has to offer. I hope to see more people at the next un virtual Chinatown Bike a thon! Maybe I will be your guide! 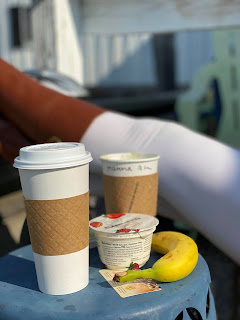 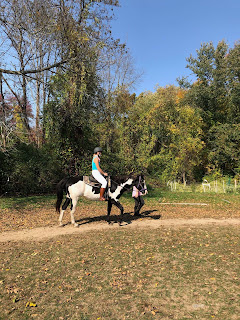 Dolly and her rider 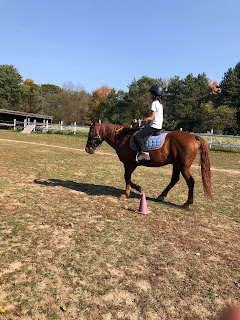 Kody and his rider 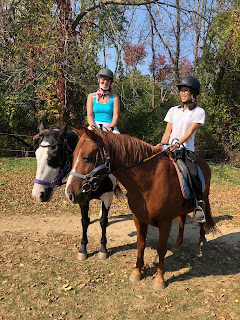 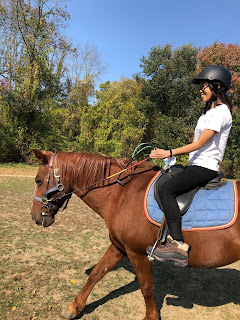